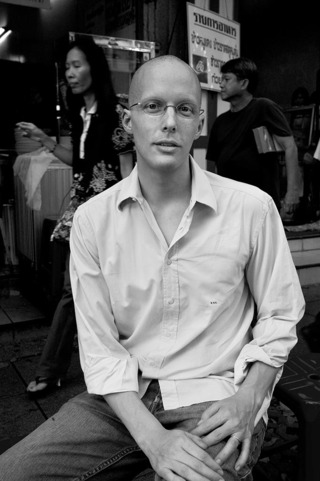 1918. In the dying days of World War I, the Spanish Flu devastates the small town of Incarnation, Texas. The sheriff closes the church and quarantines the dying in the schoolhouse. The townsfolk huddle alone in their houses to avoid infection. Each new day brings fresh corpses.

But something worse than the flu is coming.

Verge Strömberg, son of the domineering town pastor, is a sickly boy who lives in a world of books. His mother disappeared when he was seven, his older brother ran away. Now his father leaves him to tend a church in another county.

That's when the Muladona begins to visit him.

Every night, the Muladona, a doomed soul transformed into the Devil's mule, visits Verge and forces him to listen to a horrific tale. Each night, as Verge huddles under his bed sheets, the monster's supernatural tales tear his soul apart.

Verge's search for the demonic creature's true identity leads him through the dark history of Incarnation, from the murder of the Indians by the Spanish settlers, to the disappearance of his mother.

In the end, Verge will have to confront the Muladona alone to rescue the memory of his mother and to save his immortal soul.

Hidden away in the pages of an old copy of Lives of the Saints is a diary brimming with heresy and claims of supernatural powers.

When civil servant Miguel Ibañez stumbles across it at a strange second-hand bookshop, he first believes it's the ravings of a mad man.

But what if it is true? What if the anonymous author has really learned the secrets of controlling time? Could Miguel acquire the same skills and thereby correct the incongruities in his own life?

Trapped in a mediocre job at a forgotten Ministry, his marriage falling apart, Miguel desperately searches for more hidden entries. He is led on an increasingly frantic chase through the bookstores, abandoned buildings and dark subways of Buenos Aires.

Miguel's obsession brings him to the doors of the Saint Perpetuus Club, a secret society that holds the key to the salamanca, the cave where the Devil grants all wishes . . . for a price.

The deeper Miguel goes, the more he wonders whom he can trust. His wife, his friends, his old philosophy professor? Perhaps they are all members of the Club?

Is Miguel willing to risk his life, even his immortal soul, to uncover the secrets of The Saint Perpetuus Club of Buenos Aires?

In 1977 "Julia" became one of the 30,000 victims of Argentina's most recent military dictatorship. Julia was a young physician and mother-to-be kidnapped from a medical clinic and found years later in a clandestine grave along with 334 other corpses. Who were these thousands of victims? Who was Julia?

By reconstructing the life of one victim, Eric Stener Carlson gives voice to the thousands of citizens who were "disappeared." Ironically, in doing so, he must use the pseudonym "Julia" for this young woman to protect the people she left behind. The pieces of Julia's story come together through the emotional and poignant memories of those who knew her--childhood friends and family, classmates and colleagues, an ex-lover, and fellow prisoners whose lives intersected with hers in the government torture centers. Interspersed between the personal testimonies are the voices of others who give her story a political and social context. They include a military general, a priest, a politician, a human rights activist, and a prosecuting attorney in the war crimes tribunal.

Carlson creates a personalized account that addresses not only the atrocities of Argentina's Dirty War, but human rights transgressions throughout Latin America and the world. It is impossible to read this story and not come away with a profound sense of human tragedy and personal suffering associated with repressive government policies everywhere.

I returned from excavating the mass grave that night, soggy, tired and cold. I lit the old gas heater, and the small, blue flames leapt into life. I was living in an abandoned wing of a monastery in downtown Buenos Aires. the caretaker of the place warned me to turn off the gas before I went to bed, because there was, perhaps, a leak, and it would kill me in my sleep. Shivering, I put the blanket around my shoulders and, leaning towards the flames, began to write.